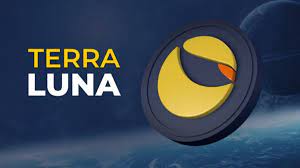 Brazil’s Federal Reserve (RFB) has declared that Brazilian investors in the crypto-asset market must pay income tax on transactions that involve the like-kind exchange of cryptocurrencies; for example, Bitcoin (BTC) for Ethereum (ETH).

The RFB’s declaration was published in the Diário Oficial da União and was the result of a consultation made by a citizen of the country to the regulator. At the end of last year, the group issued an opinion in which it claimed that trading between cryptocurrency pairs is taxable even if there is no conversion to the real (Brazil’s national currency).

Although it does not specify what can be understood as “profit,” since in the exchange of one crypto asset for another there is no capital gain in fiat currency, it points out that there is, even so, the obligation to pay taxes on the eventual profit:

However it should be noted that not all crypto investors need to declare their trades, as the regulator established that only investors who trade more than BRL 35,000 (roughly $7263.67) in cryptocurrencies should pay income tax.