The Higher Education Students Loans Board (HELSB) had assured students in higher-learning institutions who were waiting for the third batch of loans that it was strenuously working to ensure that the deadline set by the government for loans disbursement was met.

“A report on the way we implemented the government directive will be communicated to the public next week. Applicants who will not find their names on the list to be released soon(BATCH-3 LIST RELEASED) are allowed to appeal,” he said.

Dar es Salaam. The Higher Education Students Loans Board (HELSB) had assured students in higher-learning institutions who were waiting for the third batch of loans that it was strenuously working to ensure that the deadline set by the government for loans disbursement was met.

To that end, the Deputy Minister for Education, Science and technology, William Olenasha, had ordered HELSB to ensure that all the students who qualified were given the loans by Friday, November 3, this year, at the latest.

Speaking in an exclusive interview to The Citizen shortly before the expiry of the deadline yesterday, the HELSB communications manager, Mr Omega Ngole, said the board was well-prepared to meet the deadline as directed by the government.

“A report on the way we implemented the government directive will be communicated to the public next week. Applicants who will not find their names on the list to be released soon are allowed to appeal,” he said.

In some cases, the board attributed carelessness or malpractice as being among the reasons why some students were denied loans – such as falsifying or giving inadequate information in their loan application documents.

The government has set aside Sh427 billion in the 2017/18 financial year for loaning to students in higher learning institutions that are duly recognized by the Tanzania Commission for Universities (TCU).

A total of 30,000 students were expected to benefit under the current HELSB scheme.

Reports from the board show that a total of 21,677 students had already been granted the education loans in two phases – with the first phase seeing to 10,196 students benefiting, while the second phase ‘accommodated’ 11,481 students.

According to the communications manager, HELSB has already deposited the money in the bank accounts of the students concerned.

Students can appeal if the amount deposited in their accounts is less than what they applied for. But they must appeal beginning next week for their individual cases to be given the consideration they deserve, Mr Ngole counseled.

Students who spoke to The Citizen said the delay by HELSB in releasing the names of successful beneficiaries had sparked fears among some loan applicants. Consequently, some of them had failed to register in time with the universities thy wanted to join.

Mr Athuman Mohamed – a first year student at the University of Dar es Salaam (UDSM) – said he was disappointed by the delay… and his parents were unable to raise the money needed to cover his academic expenses.

“I’ve completely lost hope. I spoke to my parents this afternoon – and they were also at a loss what would happen next. I am now looking forward to the third round of loans disbursement. I will apply for postponement (of enrollment) – or completely drop studies – if I won’t find my name in the next disbursement list,” he said.

Ebrania Sanga said “I can’t afford university education without the government chipping in with funds. I came with only as small amount of money from home, as my parents are incapable of funding my education.”

According to Sanga, he will return home and engage in other activities in case his name won’t be in the next list of beneficiaries.

On the other hand, another aspirant for of the UDSM, Justine Joshua, said in case the government will not grant him a loan under the HELSB system, he plans to seek similar support from the Tanzania Social Support Foundation (TSSF).

TSSF has been urging students who will not receive a government loan in the 2017/18 academic year to apply for sponsorship from the Foundation.

UDSM: THE INTER UNIVERSITY TRANSFERS AND CHANGE OF DEGREE PROGRAMME 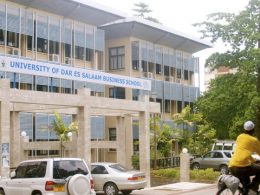 THE BACK GROUND OF UDSM.. The University of Dar es salaam is the oldest and biggest public university…
byunistoreTZ Media 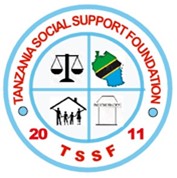