Ethical concerns over dawn of the designer baby: Campaigners warn breakthrough that removed faulty DNA could lead to creation of ‘superior’ children with genes modified to improve appearance or intelligence

A pioneering technique to ‘fix’ an embryo’s faulty DNA was unveiled by scientists last night.

In a world first, they used gene-editing to cut out DNA from a fertilised egg. The embryo then repaired itself, replacing the mutated material with healthy cells.

The technique worked on three quarters of the 58 embryos it was tried on. It has the potential to revolutionise medicine and could lead to the eradication of inherited diseases such as cystic fibrosis and breast cancer.

Campaigners warned however that it might also open the door to ‘superior designer babies’, with genes modified to improve physical appearance, strength or even intelligence. ‘What concerns me most is that we will start making babies to order, and then expecting them to perform according to the way we have genetically designed them,’ said Dr David King, of the campaign group Human Genetics Alert.

Other experts said the research was remarkable and had taken gene-editing from ‘future fantasy to the world of possibility’.

‘Such technology would ensure that those families afflicted with such diseases no longer need worry about passing it down the family line.’

The breakthrough was led by scientists from Oregon Health and Science University in Portland using the gene-editing tool Crispr-Cas9, which works like ‘molecular scissors’.

Embryos have been genetically edited before in China, in a series of small studies in 2015 which were met with widespread condemnation. It is illegal in the UK to use the technology on human embryos for anything other than research.

In the new study, published in the Nature journal, the scientists successfully used Crispr-Cas9 to repair human embryos blighted by a single copy of a mutant gene, MYBPC3.

This gene causes the heart condition that famously caused 23-year-old footballer Fabrice Muamba to collapse on the pitch in 2012, his heart stopping for 78 minutes.

At the time of fertilisation, they applied the gene-editing tool that acts like a pair of precisely targeted genetic scissors.

Once the defective elements of the gene had been snipped away, the embryo’s own cellular repair systems replaced them with healthy versions.

The researchers reported that 42 out of 58 of the embryos had been correctly fixed so that they no longer carried the heart failure mutation, which normally has a 50 per cent chance of being passed on and can lead to sudden death 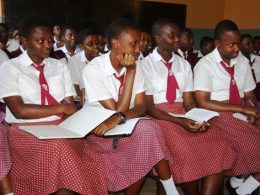 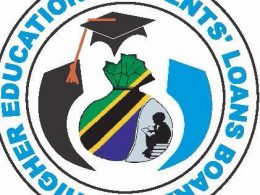 HESLB; Instructions on how to use Integrated Loan Management System (iLMS)

General Instructions STUDENTS LOAN APPLICATION Stage 1: Registration for an account: New applicants are applicants that have not used…
byunistoreTZ Media 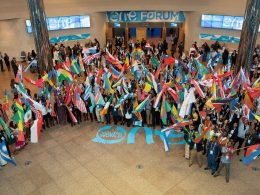 All Bar None Scholarship to attend the 2018 One Young World Summit in The Hague, The Netherland (Fully Funded) – Deadline – 2nd April 2018